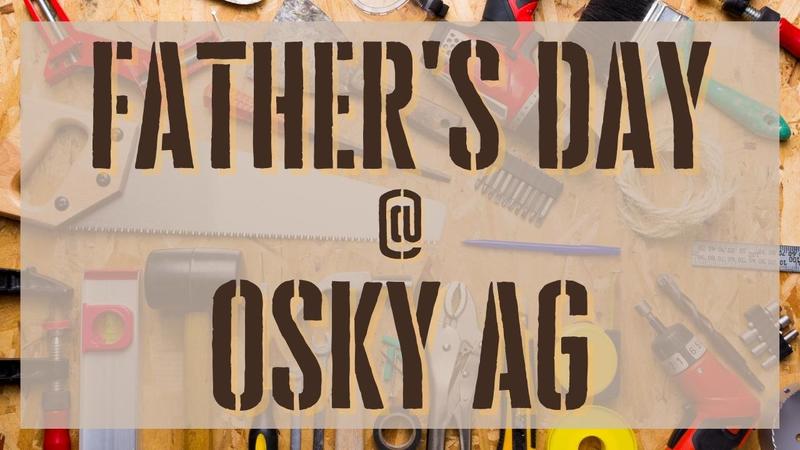 o   I share more than his name or looks

o   I share many of his characteristics – good or bad

o   We often repeat the sins of our fathers

Abraham lied (told a half-truth) about who Sarah was

Isaac, his son, repeated the same lie about his wife Rebecca

o   I inherited from him my sinful nature

Romans 5:19 For just as through the disobedience of the one man the many were made sinners

o   I inherited from him a death sentence

Romans 5:12 - Therefore, just as sin entered the world through one man, and death through sin, and in this way death came to all men, because all sinned—

o   This father is by choice

My first eternal father was the devil

Jesus said to them, "If God were your Father, you would love me, for I came from God and now am here. I have not come on my own; but he sent me. 43 Why is my language not clear to you? Because you are unable to hear what I say. 44 You belong to your father, the devil, and you want to carry out your father's desire. He was a murderer from the beginning, not holding to the truth, for there is no truth in him. When he lies, he speaks his native language, for he is a liar and the father of lies. 45 Yet because I tell the truth, you do not believe me! 46 Can any of you prove me guilty of sin? If I am telling the truth, why don't you believe me? 47 He who belongs to God hears what God says. The reason you do not hear is that you do not belong to God."

o   By birth – Satan is our eternal father

The DNA of my first spiritual father brings death

James 1:13-15 - When tempted, no one should say, "God is tempting me." For God cannot be tempted by evil, nor does he tempt anyone; 14 but each one is tempted when, by his own evil desire, he is dragged away and enticed. 15 Then, after desire has conceived, it gives birth to sin; and sin, when it is full-grown, gives birth to death .

1 John 3:8-10 - He who does what is sinful is of the devil , because the devil has been sinning from the beginning. The reason the Son of God appeared was to destroy the devil's work. 9 No one who is born of God will continue to sin, because God's seed remains in him; he cannot go on sinning, because he has been born of God. 10 This is how we know who the children of God are and who the children of the devil are: Anyone who does not do what is right is not a child of God; nor is anyone who does not love his brother.

Hallelujah, it doesn’t have to end there

John 5:24 - "I tell you the truth, whoever hears my word and believes him who sent me has eternal life and will not be condemned; he has crossed over from death to life.

John 14:23 - Jesus answered and said unto him, If a man love me, he will keep my words: and my Father will love him, and we will come unto him, and make our abode with him.

You cannot change your Biological father

You cannot change your Ancestral father

You CAN change your Eternal Father